I believe Romantic Comedies like Crazy, stupid, Love are often responsible for the genre getting a bad rap. There are plenty of good things, but nothing is great, and there’s some troubling narrative choices.

First, the good things. Ryan Gosling and Emma Stone have amazing chemistry on screen, though, unfortunately, we don’t get enough of them. The twenty minutes we do get are magic. Their banter is great right off the bat, as though they live on the same wavelengths. They take fairly pedestrian dialogue and turn it into entertaining scenes loaded with sexual tension. These actor pairings are what make romcoms wonderful.

The notable portion of the film is the big backyard reveal scene. From Steve Carell taking Julianne Moore back to their first date, to discovering that Emma Stone is their daughter and dating Ryan Gosling, to the [troubling] babysitter reveal. They clashed together superbly, and it is one of the few things the script did well. No question it is the best scene of the film.

Which brings us to what doesn’t work.

Steve Carrell and Julianne Moore did not work for me. In a way, it makes sense that they don’t have any chemistry at all. It fits the story that they got married way too young and it wasn’t meant for that long term. That doesn’t entirely excuse their performances, though. The major issue with Carrell is that it doesn’t feel like it’s Cal in the movie. It feels like Michael Scott going by a different name, which describes his typecasting. Which is unfortunate. Carrell has some range and can act well.

Though we come up to the inexcusable part of the movie: the entire babysitter storyline. Crazy, Stupid, Love is a prime example of why older man/young girl love plotlines are predatory, creepy, and gross. These stories teach young kids all the wrong lessons about love and normalize problematic ideas around mature dating.

The kid chases after the babysitter the whole movie, glorifying her and putting her on a pedestal. He only professes his love and never gives her any reason to love him back. He doesn’t grow because of the rejection, in fact he doesn’t change at all.  Despite all that, he is rewarded by her in the end with her naked photos child pornography! That is the wildest way to conclude that plot.

First, she didn’t learn she was doing something wrong by taking those photos. The film itself never even questions that what she did was inappropriate, nor does any character. Instead, she is repeatedly objectified and sexualized. I’m going to sit in my Psychology Armchair and guess that Dan Fogelman wanted to have his own babysitter give him nude photos, therefore in his movie the kid gets exactly that.

That whole plot is disturbing, from its bankrupt morality to the bad writing. It’s a stain on the film, ruining what otherwise could have been a nice RomCom romp.

Don’t let yourself get attached to anything you are not willing to walk out on in 30 seconds flat if you feel the heat around the corner.

For a movie seriously built up for being Pacino vs De Niro, both on screen at the same time in the same scenes, this really rises to that challenge. It’s wonderful to watch a movie that holds up to expectations.

Heat is a top tier heist movie, no doubts about it. Not for the actors. It’s for the actual heist and chase itself. There are no serious fuckups that are unbelievable. Both sides are total professionals in a chess game until the end, they slip a little bit a few times, though they recover.

It is a fascinating watch primarily because of the backstories to each main character, too. Pacino devoting himself to the case while trying to hold together a family. His struggle to achieve that was refreshing because so often detective movies treat the cop as either the perfect school kid in his uniform or the other spectrum where they are a loose cannon or near a criminal themselves.

Heat doesn’t do that. It portrays a more three-dimensional character. One who cares for a daughter, yet isn’t around enough to put in the leg work to love her every day. And even though it’s cut from the movie, he clearly has a cocaine problem. Not that I’m complaining, it makes the “Great Ass” scene so much more surreal and hilarious.

In the other coroner is De Niro doing excellent work with the “one last job” cliche, and trying so hard to escape with the girl. And of course the turn when you know that he loses is when he breaks his own rule. He was 30 seconds away from freedom, and instead he turns back.

This is not to say Heat is a perfect movie. It’s 20 minutes too long, or about 6 hours too short one way or another. Many of the subplots are undercooked, like Natalie Portman’s. Eady’s motivations for getting with Neal are shaky at best, I mean, the man had no furniture. Come on.

It’s still a hell of a good movie. 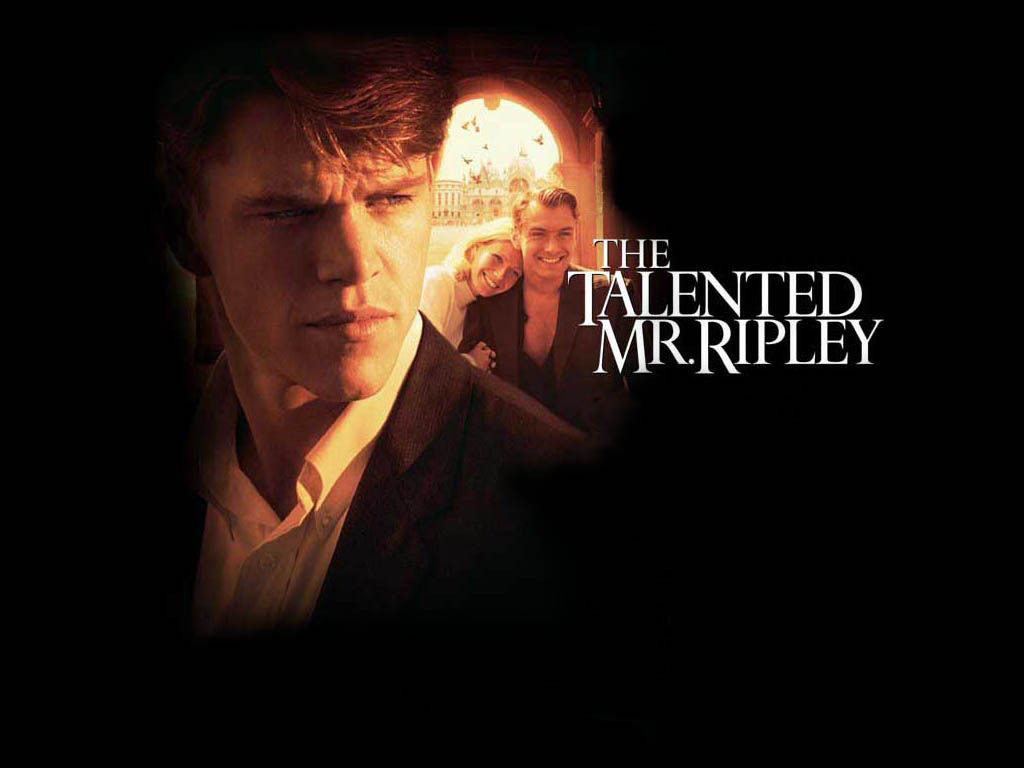 Welcome to the Backlog! A series where I post untimely reviews of movies.

I always figured it would be better to be a fake somebody than a real nobody.

I love movies that fill me with a deep yearning for traveling. After watching The Talented Mr. Ripley, I looked at tickets to visit Italy and pondered constructing a time machine to go back to 1950s Italy. It seems like a blast. The cars are amazing, the waters are pristine. The beaches are lively yet not overcrowded. Rome is busy yet not jammed up.

Murder also appears to be the easiest fucking thing to get away. To be clear, I would not commit murder if I went to the 1950s. I’m merely pointing out that many of these murders seemed super easy to figure out and yet Tom escapes them.

With the fun comments done, we can move onto the magic of the film. The fun lies in the film’s glamorous veneer which, like it’s protagonist, is a mask to something entirely different. Instead of a dark, rotten core there is instead a fascinating contemplation of love.

Can an imposter truly love someone that sees only their mask? Can that person love an imposter’s mask? Peter sees all these wonderful qualities in Tom because he hasn’t seen behind the curtain to the dark core of Tom Ripley. And if he does, does it negate the loving parts of Tom Ripley?

For me, anything built on a foundation of lies is destined to rot and eventually collapse. Unless, apparently, you kill the person. And so I wished for Tom’s world to collapse. Because he violated multiple moral codes and lied to his loved ones. Yet, it doesn’t collapse.

Part of me was glad that he got away with it. That part of me that was enchanted by the mask and by the dazzle and charm of Tom Ripley. It’s nice to love the 2-dimensional mask put up by an imposter, because it’s so easy to hope that it’s true.

And therein lies the danger.